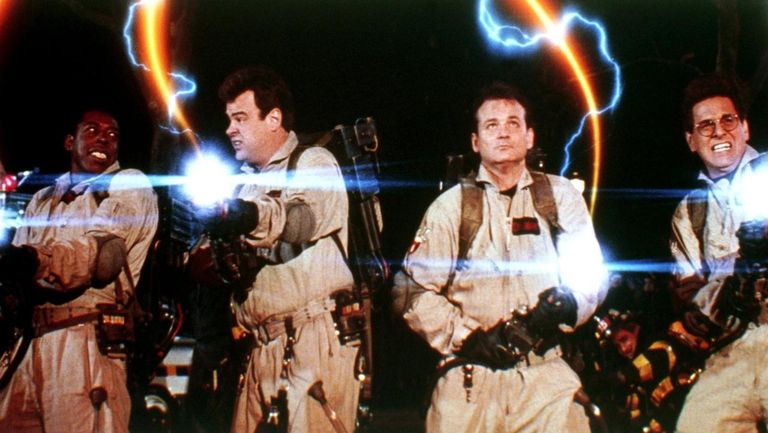 How to Nurture Leads and deal with ‘Ghosting’

When should I get back in touch?
Why are prospects ‘ghosting’ me?

I get asked these question a lot, so here are my thoughts on how to deal with leads and prospects when you get radio silence. We’ve all been in the position where we’ve either sent a cold email, a follow up email, maybe a keep in touch-chaser, or the gatekeeper won’t put our calls through. You’re trying to get someone’s attention, but it seems like they’re ghosting [ignoring] you.

As we sit there tearing our hair out going through some sort of personality complex and analysing what we did wrong, the prospect is either deliberately ignoring you or has chosen not to respond yet.  Ghosting is essentially avoidance and stems from a fear of conflict; people wanting to avoid confrontation, difficult conversations and hurting someone’s feelings.  In reality, confronting these issues will leave both parties in a much stronger position.

It goes without saying some people are not interested and won’t do you the decency of saying “thanks but no thanks”. As frustrating as this may be, it’s part of ‘sales life’. Other times people are genuinely too busy, and it would take them hours if they said “no thanks” to everyone who messaged them, with the average Marketing Director receiving about 30 agency approaches a day! I think we can empathise. However, if you’ve physically met with someone, pitched or spoken to them on the phone, the decent thing to do, is respond.

Don’t waste time chasing or even thinking about people who aren’t interested; it’s their loss. A second nudge is fine but trust me your time will be better off spent on prospects who value you and interested in what you have to sell. Sales is ruthless and you just have to move on. Spending time procrastinating and analysing what could have been is a complete waste of time when you should be focusing on building your pipeline. If you are concerned about being ‘ghosted’, all it shows is that your pipeline isn’t deep enough, because if it was, you wouldn’t even worry about someone not getting back to you.  Ensure you have a strong qualification process and are asking the ‘pointy’ questions that will remove the serious buyers from the time-wasters.

If you are nurturing leads, let’s think about what you’re saying to get back in touch and this could differ depending on what stage they are of the sales cycle. If we’re talking about general ‘keep in touch’ prospects who you want to build a relationship with over the course of months, then I believe the answer lies within your marketing strategy. Without Marketing, you don’t have many reasons to get back in touch. A much softer recontact strategy would be to invite someone to an event, send them a piece of thought leadership or maybe using a newsletter. Without these elements, you’re just that annoying child poking someone for attention. If people engage with your marketing you can also learn more about them i.e. what event did they attend, what blog did they click on or did they click unsubscribe? The more we know about a prospect, the more tailored our approach can be, or we know to move on.

In terms of follow ups from a meeting or pitch, I always feel, the more you say and the more you try to justify yourself, the more desperate you seem. If you’ve spoken to someone, then they know what you have to offer, so don’t push it. You should be taking a much more consultative approach to selling and thinking about their issues, i.e. what could you send them to add value? Maybe it’s a news story, a report, a case study – something that might help you land a point you’re trying to make or unlock a block or fear in their mind about proceeding with you. The classic, ‘saw this and thought of you’ normally gets a warm thank you. Remember sales is always about timing. It might not be a ‘No’ forever, it’s just that decisions get held up due to budgets, internal politics, indecisiveness; normally things outside of your control. As I said before, once you have a few of these in the air, you won’t get too stressed about them not closing. The art of this is about using a CRM effectively.

Sometimes you do need to dial up the pressure as prospects can be quite nervous and indecisiveness is actually costing them negatively, but they can’t see it. One approach could be a productised discovery session or workshop to get things moving. If you do this, you need to be confident on the process and clear with the inputs and outputs. The prospect has to believe you have done this before or they will hesitate. Having any sales collateral or examples of people you have done this with will also help to add credibility, so it doesn’t feel like you’re just winging it.

Sometimes connecting on LinkedIn could be just the thing to get back on a prospects radar. Or how much networking are you doing? The more you’re out and about, the more likely you are to bump into someone, especially if you have a clearly defined audience and have done the research on where they are likely to go.

The most frustrating ghosting is post proposal. You’ve put in the time and effort to Pitch and you want to know whether you’ve been successful or not. You can help yourself and the prospect by having complete clarity on the process and the time frame they are working to. At the end of the Pitch or meeting you want to ask the prospect to give you an indicator as to when you should follow up and what the likely steps are going to be to sign off. You want to get a sense of who is involved in decisions and what the barriers to working with you. Do not shy away from these monumental questions! By understanding the inner workings of the business, you are able to influence the decisions and it will also help manage your expectations. Sometimes you can even organise a follow-up meeting at the time of the pitch or arrange to talk through the proposal face to face. This is a proven method to increase conversion rates.

• Don’t waste time chasing people who aren’t interested
• Build a deep pipeline so you can move on from time-wasters
• Use your marketing strategy to give you reasons to get back in touch
• Take a consultative approach by thinking about their challenges
• Productise your offering to get things moving
• Use LinkedIn to get on their radar
• Get to know the inner workings of a business
• Be clear on timelines, barriers and manage expectations

For more learnings on prospecting and nurturing, sign up to our next Masterclass on the subject.

Back to blog
Sign up to our newsletter
Thank you for the application!